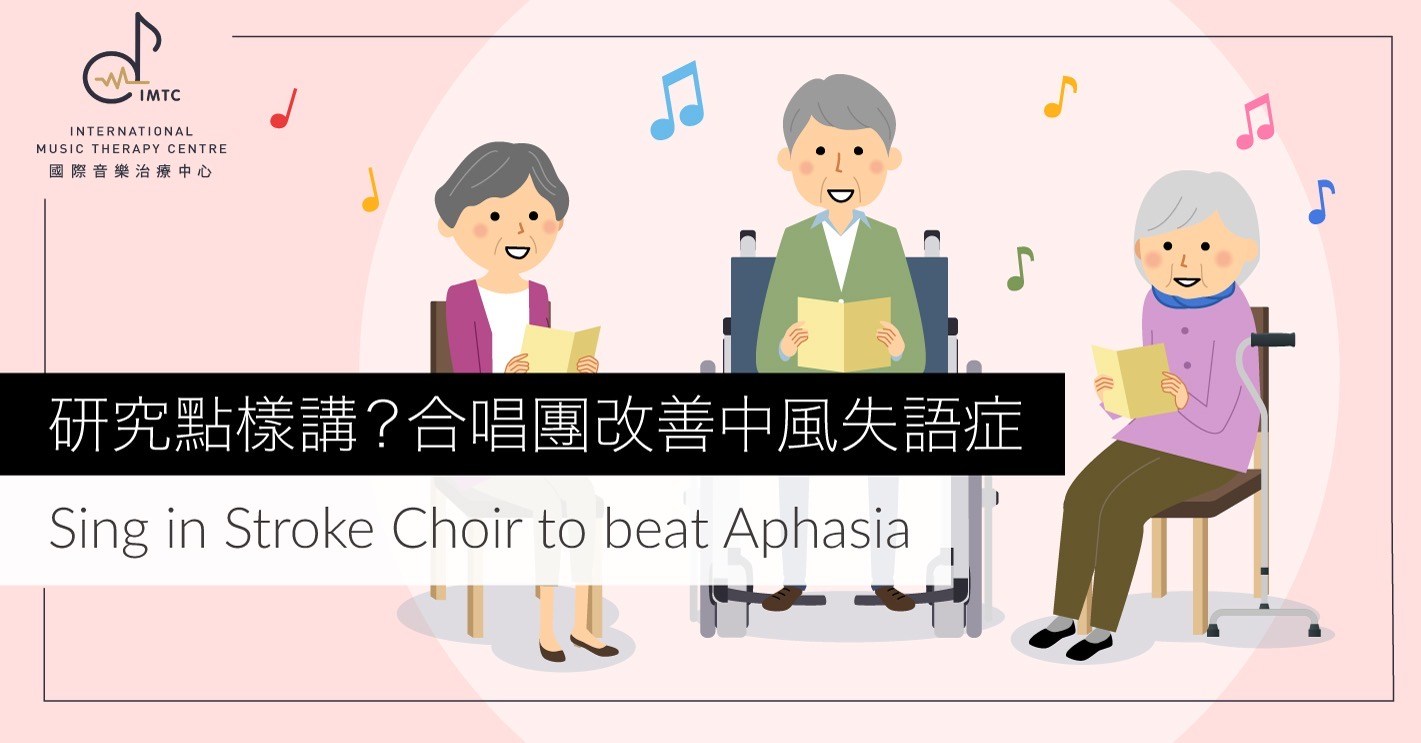 According to a survey conducted by the Hong Kong Census and Statistics Department in 2021, stroke was the fourth major cause of morbidity and mortality in Hong Kong. Stroke caused damage to brain cells could lead to long-term disability which includes aphasia, decrease in mobility, impaired cognitive function, and dementia. With a sudden change in function, stroke survivors will face tremendous difficulties in daily life and struggle to express themselves, which may lead to psychological and emotional problems. It could be very challenging too for the carers in adapting to these dramatic changes, having to take up the responsibility to provide care and support for the family. Stroke Choir plays a major role in supporting both stroke survivors and their carers. Read on to see how it works.

As mentioned by the American Journal of Medicine, singing can activate the right hemisphere of the brain, connect to the damaged part in the left hemisphere and develop more neural connections, as a result, speech can be improved in aphasia survivors (Simon, 2015). Also, singing is a kind of aerobic exercise that can improve lung function and breathing. Group singing can create bonding which has greater effect than singing independently. It can encourage the release of endorphins and enhance the neuroplasticity of the brain, improve our mood, relieve pain and boost the immune system.

In 2013 and 2015, the University of Melbourne has carried out a research on exploring the experience of stroke survivors with aphasia and the carers in joining the choir. The result showed that community choir has a great effect on improving the mood and social engagement among stroke survivors (Tamplin et al., 2013; Fogg-Rogers et al., 2015). Participants in the choir claimed that they have got improvements in word articulation and pronunciation which enable them to gain confidence in speaking to others and expressing themselves in daily life. They also have met new friends who are facing similar difficulties, and can offer each other support and understanding. The choir makes them feel respected and accepted by the society and gradually develop a sense of belonging. Furthermore, by singing familiar songs in the choir, stroke survivors could express their feelings and emotions through music, instead of expressing them in words which are difficult for them. At the same time, they are enjoying choral singing and escape a while from reality.

All in all, the choir has improved stroke patients’ mental and physical functioning, quality of life and increased their motivation in speech rehabilitation.

For the carer, they expressed that by joining the stroke choir, stroke survivors’ ability in expressing themselves improved. They could have a better understanding of them in daily conversation, this reduces the frustration in both parties. Carers could learn some take-home skills and training which enable them to practice with the stroke survivors at home. Stroke choir brings a new experience to them which creates precious memories and enhances the relationship within the family.

The recovery process is a long and arduous journey for both stroke survivors and carers. Stroke choir could be an alternative way to heal their mind, body, and soul.

How Music Therapy works for stress relief and enhances relaxation?
Scroll to top